By allowing ads to appear on this site, you support the local businesses who, in turn, support great local journalism.
arrow_backBack to authors 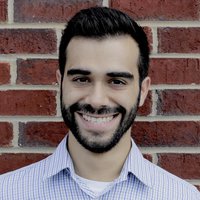